November 11th is not only an ordinary Wednesday in a week, but on this day, many different places in the world have various activities and celebrate or commemorate this special day in each own way. While the special date combination is memorable, the meaning behind it is also worth understanding.

Singles(Guanggun) Day (Shopping Festival)
It is a typical entertaining festival that spread to the public because of the numerical expression of the date. It was originally a celebration day for singles. Because “Guanggun”(naked sticks) has the meaning of bachelor in Chinese, and the combination of Arabic numerals like 11.11 is like four naked sticks, so the date is set on this celebrating day. People can choose to express their love or hold bachelor celebration parties on this day. This has slowly begun to form a culture, and it has also become a topic of discussion by the public and a period when businesses start promotional activities on time. Therefore, our annual "Double Eleven" Shopping Carnival also came into being, because many shopping platforms other than Tmall participated in the event, and the scale of the event is growing big, which has gradually become a major event in our country's e-commerce industry and has a big impact on the development of many industries. At the same time, international influence is considerable, attracting many overseas net residents to participate. For example, mainstream e-commerce platforms in Southeast Asia, like Shopee, Lazada, and other platforms also hold “Double Eleven” sale day. Also, it is said that because a Japanese biscuit snack is also similar to the 11.11 figure, there are also promotional festivals such as "Pocky Day".

Veterans Day (Remembrance Day)
This day is a national holiday in the United States. It is also called “Remembrance Day” for Canada and other countries, and it is also recorded as "Armistice Day" in countries such as France. For them, it used to be the day when people declared an armistice. So it was a memorable day of peace. For local people in the United States, it has become a day to pay tribute to veterans. Usually, various commemorative activities are held in different places. Otherwise, this day is also known as Poppy Day, and the wearing of poppy flowers is also one of the commemorations of these countries.

St. Martin's Day
It is a traditional religious festival held to celebrate the feast of the Catholic saint Martin generally in Europe. On this day, children usually carry lanterns and sing together in the streets. Some people in the church will also organize related activities. There will also be short plays on the theme of St. Martin's deeds. In addition to the above forms, there is a representative food-roasted whole goose, but its origins are different. But the most famous event is the Cologne Carnival. It is considered to be the grandest and craziest festival in Germany kicked off on this day. The duration is quite long until February of the following year. During the festival, local people are get together in fancy costumes and enjoy a good time.

Different events would happen everywhere. How do you spend the 11.11 this year? 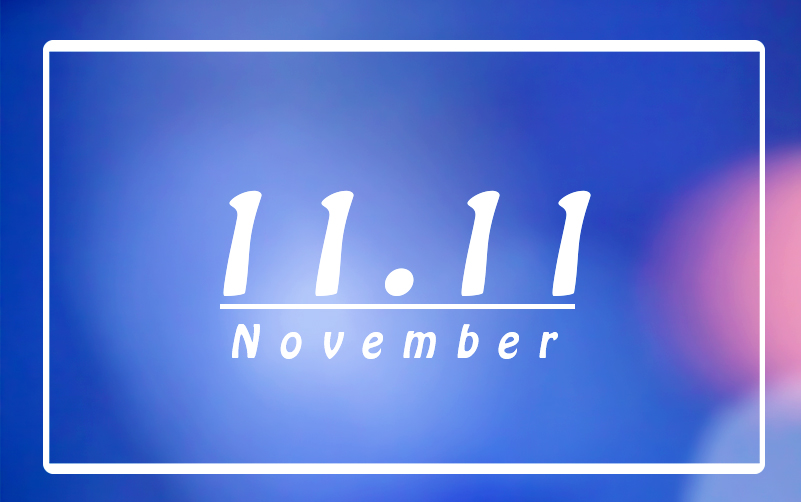