The Most Memorable Day of a Country - National Day

The annual National Day is approaching, and the streets on our side have been decorated with our bright five-star red flag early on. And this day happens to coincide with the Mid-Autumn Festival, so the atmosphere during our holiday is quite warm and strong. On October 1st, our country will commemorate the day of its independence. After so many years, we can see the current country is developing very fast but stable. It seems that many countries have such a commemorative day.

In terms of name, among more than 100 countries in the world, about 40 countries such as our China call "National Day"; about 60 countries call "Independence Day" such as the United States, Mexico, the Philippines, and Myanmar. ; "Republic Day" is called by Yugoslavia, Zaire, Iceland and other countries; "Revolutionary Day" is called by Hungary, etc.; "Foundation of the Confederation" is called by Switzerland; "Union Day" is called by Tanzania; there are others directly add "day" to the country name, such as "Australia Day" and "Pakistan Day".

In terms of the meaning of dates, about 30 countries in the world, including our country, regard the founding of the country as their national holiday; some use the day of the promulgation of the constitution as theirs; some use the day of the revolutionary uprising as theirs, such as France; and some use the birthday of the head of state, such as Japan, Thailand, the Netherlands, Denmark, and the United Kingdom. What's interesting is that the date of National Day would change with the change of king, emperor or queen’ s birthday.

In the United States, on the day of "Independence Day" on July 4, church bells all over the country sounded in unison, and residents from place to place would spontaneously hold parades to celebrate, and their national flags can also be seen everywhere. On the Saturday of June 11th in the UK, the Queen used to personally review the "Military Flag Salute Parade" as the main event. While in France, the night of July 14th becomes a sea of joy because it is a national holiday all day and the morning military parade would be held on the Champs Elysees.

There are many different countries have many different memorial methods and activities. If you are still interested, you can find out more, here is just a brief introduction. Finally our LP Outdoors is here to say Happy National Day！Happy Vacation！ 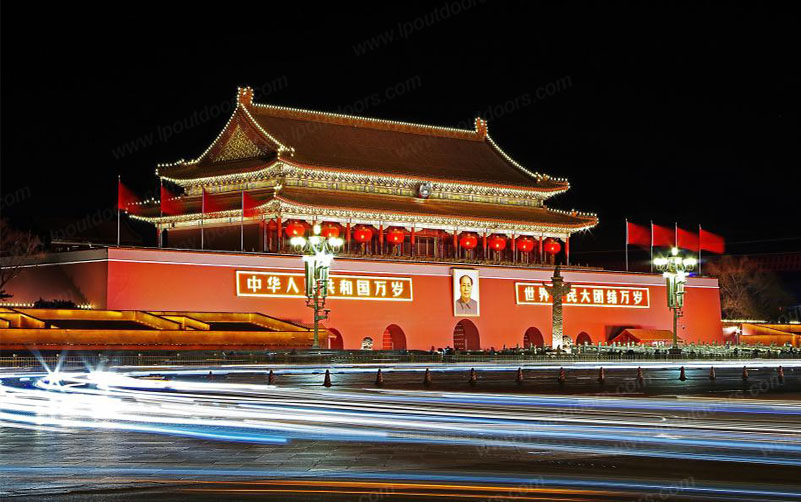