News Detail
Home » News » Blog » Event Technology » Have you been to the Grand and Lively Beer Festivals?

Have you been to the Grand and Lively Beer Festivals?

Recently, there is regrettable news - this year's Oktoberfest in Munich has been cancelled. When it comes to this golden autumn season, the weather is slightly cool. In addition to the change of seasons, it is also the most suitable time to hold various festivals. The beer festival is a continuous, particularly lively and popular event that has started in summer to autumn. Speaking of beer festivals, there are many related activities both abroad and at home, and they are often named after their areas.

And how much do you know about the Oktoberfest? In 1810, Prince Ludwig of the German royal family got married. In order to celebrate the wedding, a grand carnival was held throughout the city. According to the Germans' nature to drink for life, beer was of course indispensable. After more than 200 years of evolution, it has become the largest beer carnival in the world and has been regarded as the originator of beer festivals all over the world. Usually it is a 16- to 18 day folk festival running from mid- or late September to the first Sunday in October. During this period, Germany has attracted countless tourists from all over the world, and you may even need to make an appointment a year in advance to get a good position. In the traditional German sayings, this beer festival will be called Oktoberfest, and everyone will wear the most traditional costumes at this time and come to this carnival to drink hard.

Someone who has been to the Oktoberfest once, according to his introduction, there are a dozen large event tents with a capacity of tens of thousands of people and about twenty smaller tents. Considering such a large flow of people, the annual Oktoberfest is also the most important moment for the major breweries in Bavaria. This is also an excellent opportunity for publicity. And in just a dozen days, about 10 million liters of beer were consumed. In addition, there are many beautiful long skirt wine ladies, German sausages, salted bread and roast chicken everywhere. After 6 pm, as soon as the music ban passed, all kinds of carnival music on the scene immediately began, and the venue immediately entered a sea of joy. What an attractive event! 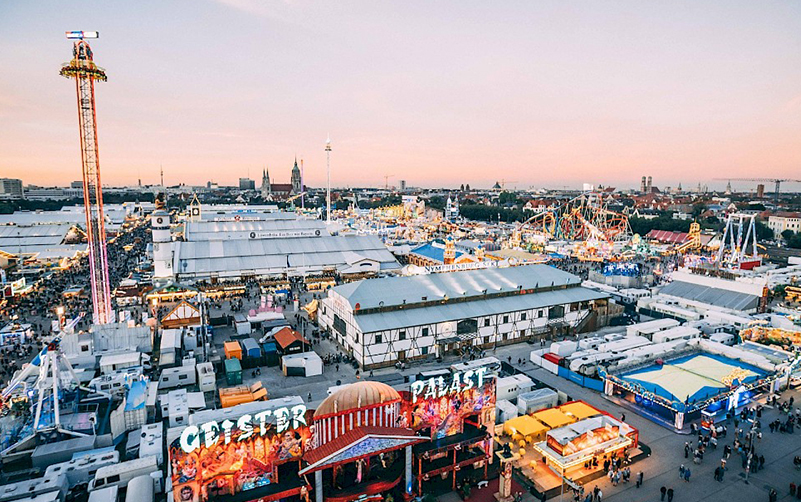